made in art in association with David Rudlin, Jennie Savage and MSAP
present . . .

A Collaborational Exchange Programme between

The 20th century saw the world become an urban place culminating in a point
where one in two people now live in cities. The exception to this global trend
was northern Europe where industrial cities like Manchester lost half their
population and policymakers struggled with urban decline. In the last ten years
Manchester has joined the global trend seeing a 20% increase in population since
2001.


You would think that this urbanisation would be an environmental disaster.
However the consensus now is that environmental problems are created by people
not by bricks and mortar and housing these people in dense urban centres means
that their environmental impact is substantially less than it would be if they
were living in suburbs or the countryside

At the same time
students in Manchester School of Architecture will be running sixteen events with
people across the city exploring changes that they might make to the city.
These strands will be woven together at a central venue in the city into a map
of the city made of plasticine.

Working in collaboration made in art and the 3 partners establish a number of unique engagement programmes for you to re-design the city in a day, take a walk and reflect on the city you think you know as well as the students at Manchester School of Architecture & Planning will be running sixteen events with people across the city exploring changes that they might make to the city.engagement with a series of social

Wasn't Built in a Day ~ With David Rudlin of URBED

The Agency of Architecture ~ With Jennie Savage 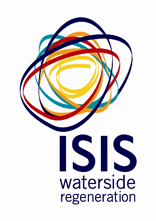 12 12 12 - humanity - Manchester is being supported by ISIS who are
providing Islington Wharf for made in art to put on a programme focusing on urbanism.