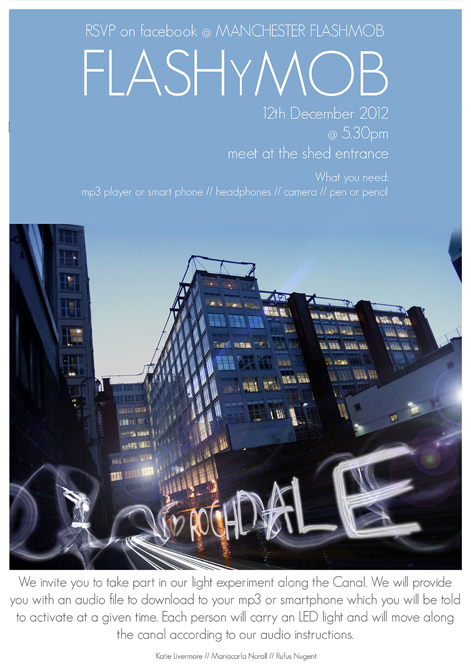 Now that the canals have outlived their original purpose, what other uses can they serve?
Through conversations with canal users in the widest context and collaboration with groups that share my interest in trying to restore the canals I aim to develop a strategy to make the canals more people friendly so that they
can be used both as a recrea­tional space and, most importantly, to provide a pleasant alternative walking route through the city.
The end product is likely to be a master plan which will include a series of interventions aimed at providing incentive for city dwellers to make use of the canals and appreciate these beautiful spaces that were once the city’s economic driving force.

A flash mob along the Rochdale
canal where people will be given lights to hold as they are invited to walk up
and down the canal. This will be filmed using long exposure photography so they
the end product is a film of the Rochdale Canal being populated by beautiful
patterns of light.