This century, will we genetically modify food, pets, our children, ourselves? Information and sharing information is reaching immense speeds and saturation, but what happens to that grey area between public and private?
When are our bodies our own, and when are we the property of the global social corpus?
Living in times where we rarely put ourselves in situations where we need to trust each other, and in most cases given more reason to distrust, will you trust me with your most intimate material?

Your DNA?
ONE cannot exist without you.

ONE is a durational work by Rebecca Cunningham and all of you.

The work was first presented at the Brisbane Festival, Under the Radar in 2011,
and since has been presented in Sydney, LA, New York, USA & Łódz, Poland.

Most recently, ONE has been in residence at The Queensland State Library:
The Edge and presented during National Science Week.

ONE will not end until one million samples of DNA have been collected, and one image made, a composite of all. 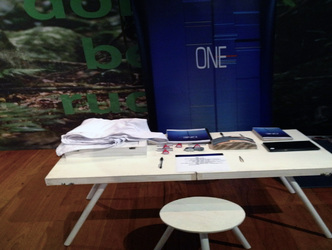 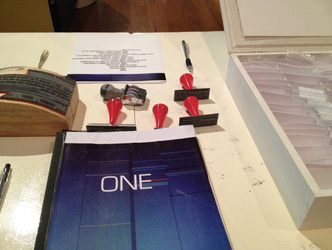 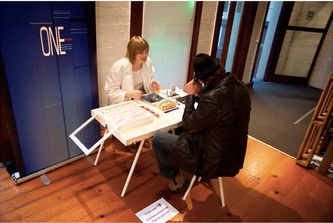