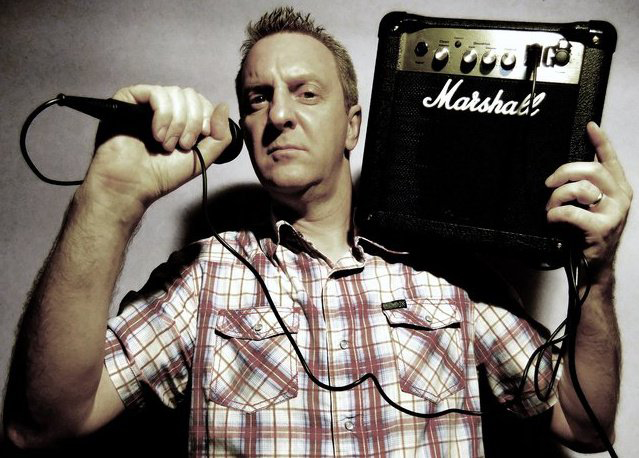 Tony Walsh
Performing at Manchester Museum
On the steps
Living Worlds Gallery
@
11.30am

Tony Walsh, aka Longfella, is "one of the UK's most renowned performance poets." His work has been commissioned by BBC TV and radio, published in the UK and USA and recently translated into Russian. A favourite on the festival circuit (Latitude, Big Chill, Kendal Calling etc) in 2011 he was Poet in Residence for the legendary Glastonbury Festival.

"Some poets can make you laugh, a few can make you cry but only a handful can do both.  By all accounts, Tony Walsh is one such poet  "...taking audiences on a rock 'n'' rollercoaster ride from comedy to tragedy, from the deadly serious to the seriously deadly." Splitting your sides AND breaking your heart? Be warned - this guy should come with a health warning!" Glastonbury Festival, 2011

Tony's epic poem, Zeroes and Ones was debuted at the WorkTech07 conference at The British Library, London alongside presentations by world renowned architects and thinkers. The piece has also featured in both Manchester Science Festival and Manchester Literature Festival to great acclaim, see below.

An audacious history of the universe in one byte-sized poem, Zeros and Ones has a science and computing related theme throughout and begins with The Big Bang, before engaging the audience through some 14 billion years of cosmology, physics, evolution, photosynthesis, human genome, science vs religion, etc - through to popular culture, modern technology, global inequality and environmental concerns before posing some of the biggest questions of our time. There's a few laughs along the way and ultimately it's accessible and cautionary, entertaining and uplifting.

Feedback for Zeros and Ones: